History of the American Montessori Society

The American Montessori Society was founded in 1960, in the early, heady days of a movement aimed at redefining educational options in the United States. Americans had been introduced to Montessori education once before, in the early 1900s, but their initial excitement had long since waned. By the 1950s, however, the cultural climate was changing, including a growing discontent with traditional American education. 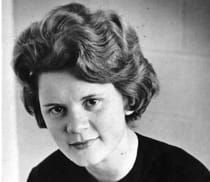 Among those seeking alternatives was a young, aspiring teacher from New York City, Nancy McCormick Rambusch. A recent recipient of a master’s degree in early childhood education, and before that, a student of French literature and Romance philology, she was—like Maria Montessori, the founder of the Montessori Movement—charismatic, well educated, and a tireless advocate for children.

In 1953, Rambusch’s quest for a better approach to educating American children took her to Paris for the Tenth International Montessori Congress, where she met Mario Montessori, Maria’s son and her successor as head of the Association Montessori Internationale (AMI), an organization she had founded to support the Montessori Movement.

Mario urged Rambusch to take coursework in Montessori education and to bring the Montessori Method to the U.S.

Rambusch embraced the idea, and within a few years was conducting Montessori classes for her own children, and others, in her New York City apartment. In 1956, the Rambusch family moved to Greenwich, CT. There, Nancy became involved with a group of prominent parents who wanted to be deeply involved with their children’s education. In 1958, they founded Whitby School—the first Montessori school to open in the U.S. since the initial flurry of interest in Montessori in the early 20th century. The board selected her as head of school.

The following year, Mario Montessori appointed Nancy Rambusch to serve as the U.S. representative of the AMI.

Six months later, in 1960, and with the vigorous support of parent-advocates, Nancy Rambusch founded the American Montessori Society.

The goals of AMS mirrored those of AMI: to support efforts to create schools, develop teacher education programs, and publicize the value of Montessori education.

In 1961, TIME magazine featured Rambusch, Whitby School, and the American Montessori revival in its May 12 issue. The article galvanized the American public, and parents turned to AMS in large numbers for advice on starting schools and study groups. Additional publicity in the popular media, including Newsweek, the New York Times, and the Saturday Evening Post, as well as the publication in 1962 of Rambusch’s book, Learning How to Learn, led to dramatic growth in the number of American Montessori schools and students.

From the beginning, Rambusch and AMS worked to advance Montessori education into mid-20th century American culture. AMS insisted that all teacher educators have a college degree so that the coursework could, potentially, be recognized by state education departments. AMS also broadened the curriculum for teachers and sought to forge inroads into mainstream education by offering Montessori coursework in traditional teacher preparation programs.

Nancy Rambusch believed there was a need for cultural accommodation. Professor John J. McDermott, a colleague and friend, agreed, arguing that the popular idea of the universality of children displayed a basic naiveté about the interrelationships between a culture and the child’s development of consciousness. McDermott also stressed the need to move Montessori into the public sector so that it would be available to all children, regardless of their circumstances—a conviction that remains a vital underpinning of the organization, along with a belief in the need for adaptability.

The AMS Archives are housed at the University of Connecticut in Storrs. Visit their website to find a rich repository of historic videos, documents, and photographs.

In this historic video, AMS founder, Dr. Nancy McCormick Rambusch, describes herself as a “sassy, critical, articulate parent” who wanted something better than traditional education for her children. This desire led to her life’s work, setting into motion the social movement that brought Montessori to the United States on a large scale. (Nancy takes the podium at minute 9:45. This video is part 1 of 5.)

From its humble beginnings in a New York City apartment, the American Montessori Society has flourished and is now a professional membership organization with thousands of supporters worldwide—as well as an international clearinghouse for all matters Montessori, and a leading advocate for and supporter of Montessori education.

Agile and collaborative, the organization is becoming increasingly influential in the realms of education policy, the public sector, Montessori quality assurance, research, teacher education, and more—a testament to the progressive legacy of its forebears, the vision and savvy of its current leaders, and the confidence, conviction, and passion of the community it serves.