Public Montessori education is an option for preschool through high school students attending all types of publicly funded schools—neighborhood, magnet, and charter.

Public Montessori programs range in size from single Early Childhood classrooms to school-wide Elementary or High School programs. Some operate as a “school-within-a-school,” sharing a building with other classrooms that have a different instructional approach.

Montessori Schools in the U.S.

Montessori public schools must meet the same standards as other public schools; they receive a state “report card,” are accountable for their students’ achieving adequate yearly progress, and comply with other federal education regulations.

Public Montessori schools guarantee that Montessori classroom teachers are licensed by the state at the level they are teaching in addition to being certified by an accredited Montessori teacher education program.

2013: AMS and the Association Montessori International/USA collaborate to form the Montessori Public Policy Initiative, with a vision of ensuring a policy landscape in which children of all ages have access to authentic Montessori education.

2015: AMS recognizes the NCMPS as an independent nonprofit organization. 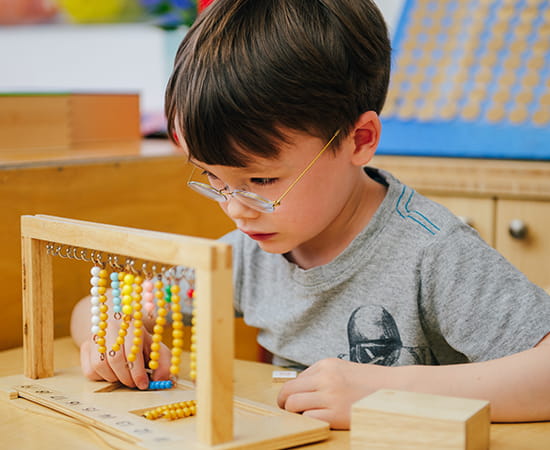 Montessori in South Carolina: Authentic or Not?

The Hard Work of Public Montessori

Education for a New World: Montessori’s Tenets, a Century Later