Who Was Maria Montessori?

Maria Montessori was an Italian physician, educator, and innovator, acclaimed for her educational method that builds on the way children learn naturally.

She opened the first Montessori school—the Casa dei Bambini, or Children’s House—in Rome on January 6, 1907. Subsequently, she traveled the world and wrote extensively about her approach to education, attracting many devotees. There are now thousands of Montessori schools in countries worldwide.

Maria Montessori was born on August 31, 1870, in the provincial town of Chiaravalle, Italy. Her father was a financial manager for a state-run industry. Her mother, raised in a family that prized education, was well schooled and an avid reader—unusual for Italian women of that time. The same thirst for knowledge took root in young Maria, and she immersed herself in many fields of study before creating the educational method that bears her name.

Beginning in early childhood, Maria lived in Rome, growing up in a paradise of libraries, museums, and fine schools.

Maria was a sterling student, confident, ambitious, and unwilling to be limited by traditional expectations for women. At age 13 she entered an all-boys technical institute to prepare for a career in engineering.

In time, however, she changed her mind, deciding to become a doctor instead. She applied to the University of Rome’s medical program, but was rejected. Maria took additional courses to better prepare her for entrance to the medical school and persevered. With great effort she gained admittance, opening the door a bit wider for future women in the field.

When she graduated from medical school in 1896, Maria was among Italy’s first female physicians. Though she was not the first female medical school graduate, as reported by many of her biographers, it does not detract from her accomplishment. Defying conventions, norms, and expectations to successfully make her way in this rigorous, male-dominated field required tremendous strength, dedication, and perseverance.

Birth of a Movement

Maria’s early medical practice focused on psychiatry. She later developed an interest in education, attending classes on pedagogy and immersing herself in educational theory. Her studies led her to observe, and call into question, the prevailing methods of teaching children with intellectual and developmental disabilities.

The opportunity to improve on these methods came in 1900, when she was appointed co-director of a new training institute for special education teachers. Maria approached the task scientifically, carefully observing and experimenting to learn which teaching methods worked best. Many of the children made unexpected gains, and the program was proclaimed a success.

In 1907, Maria accepted a challenge to open a full-day childcare center in San Lorenzo, a poor inner-city district of Rome. The students were under-served youngsters, ages 3 – 7, who were left to their own devices while their parents went out to work. This center, the first of its kind in the nation, and a high-quality learning environment, became the first Casa dei Bambini.

The children were unruly at first, but soon showed great interest in working with puzzles, learning to prepare meals, and manipulating learning materials Maria had designed. She observed how the children absorbed knowledge from their surroundings, essentially teaching themselves.

Using scientific observation and experience gained from her earlier work with young children, Maria designed learning materials and a classroom environment that fostered the children’s natural desire to learn and provided freedom for them to choose their own materials.

To the surprise of many, the children in Maria’s programs thrived, exhibiting concentration, attention, and spontaneous self-discipline. The “Montessori Method” began to attract the attention of prominent educators, journalists, and public figures. By 1910, Montessori schools could be found throughout Western Europe and were being established around the world, including in the United States where the first Montessori school opened in Tarrytown, NY, in 1911.

I celebrate Maria Montessori…and the fact that she overcame the stifling conventions put on women of the late nineteenth century and succeeded in establishing her own voice for all to hear and follow.

In the years following, and for the rest of her life, Maria dedicated herself to advancing her child-centered approach to education. She lectured widely, wrote articles and books, and developed a program to prepare teachers in the Montessori Method. Through her efforts and the work of her followers, Montessori education was adopted worldwide.

As a public figure, Maria also campaigned vigorously on behalf of women’s rights. She wrote and spoke frequently on the need for greater opportunities for women, and was recognized in Italy and beyond as a leading feminist voice.

Maria Montessori pursued her ideals in turbulent times. Living through war and political upheaval inspired her to add peace education to the Montessori curriculum. But she could do little to avoid being ensnared in world events. Traveling in India in 1940, when hostilities between Italy and Great Britain broke out, she was forced to live in exile for the remainder of the war. There she took the opportunity to train teachers in her method.

At war’s end she returned to Europe, spending her final years in Amsterdam. She died peacefully, in a friend’s garden, on May 6, 1952.

The Montessori Movement is over 100 years old! 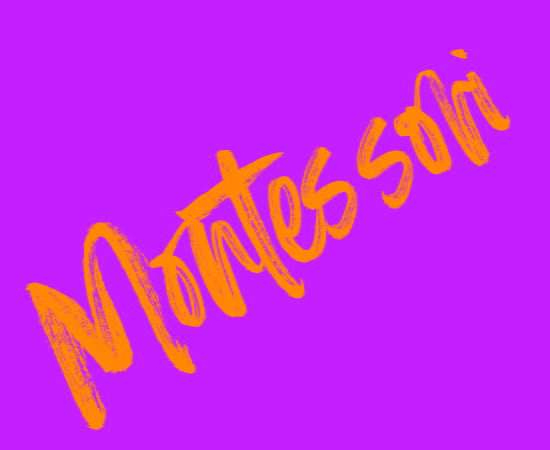 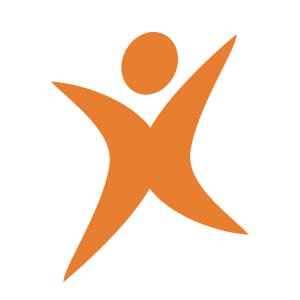 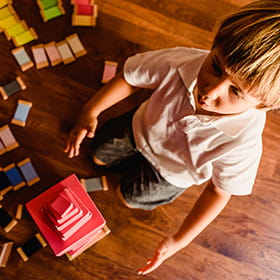