Meet Your AMS Board President and Vice President

As executive director of AMS, it is my privilege to work alongside the vibrant volunteers who make up our Board of Directors. Representing various constituencies of the Montessori community, board members determine AMS policy and guide the organization on matters related to mission, vision, values, and strategic goals.

They play an integral role in the American Montessori Society, and I would like to take this opportunity to introduce 2 of them to you: our President and Vice President, with whom I consult frequently. 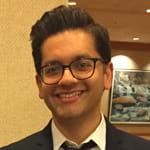 Sitting in the President’s seat is Munir Shivji, director of Toddler and Primary Programs at the AMS-accredited Cambridge Montessori School in Cambridge, Massachusetts. It was my great pleasure to visit CMS last fall, and see Munir in action as the accomplished school administrator that he is.

As chair of the AMS Development Committee, Munir has helped AMS raise $1.5 million in the past 5 years.

Among Munir’s many other accomplishments are the founding of The Institute of Montessori Education, an organization that advocates for and fosters advancement of Montessori in Texas, and the founding and executive directorship of 2 Montessori schools, also in Texas. In 2007, he produced a multicultural event celebrating 100 years of Montessori that included, among its 5,000 attendees, the Houston mayor, Bill White; the future mayor, Annise Parker; and U.S. Representative Al Green.

Munir holds AMS Early Childhood and Administrator credentials, he has had AMS Infant & Toddler training, and he has an MA in Education from St. Catherine University.

The AMS Vice President is Sharon Damore, an education consultant with more than 35 years of experience working in Elementary and Secondary schools and higher education.

Sharon is adjunct professor of education leadership at DePaul University, in Chicago, Illinois, and a lecturer at the AMS-affiliated Seton Montessori Institute in nearby Clarendon Hills.

She was head of school of the AMS-accredited Chiaravalle Montessori School in Evanston, Illinois, among other many other positions in private and public schools, and a founding member of the AMS School Accreditation Commission.

She was also a founding member of the Montessori Public Policy Initiative and—along with me—sits on the MPPI Council. Advocacy is a topic dear to both of us, and I am inspired by Sharon’s passion and knowledge as we carry out our work “up close and in person.”

In addition, as a former public school superintendent, I have been extremely interested to learn of Sharon’s experiences as on-site evaluator for the Nonpublic School Recognition Program of the Illinois State Board of Education, and experiences earning certification as a superintendent in that state and Texas.

Sharon is the former executive director and a current active member of the Association of Illinois Montessori Schools. In addition, she is a jewelry-maker, amateur boater, and “Auntie Grandma” to 11 great-nieces and nephews!

She has an AMS Early Childhood credential, and, from the University of Houston, an EdD in Education Leadership and an MEd in Curriculum and Instruction.

In an email Munir sent to a member of the AMS staff, he said the following, which I share here with permission from both parties: “I work every day to fulfill my purpose, and I hope to leave a legacy of sincere service that will inspire others. Montessori has been a blessing to me in so many ways—which is why I am honored and humbled to be a part of our American Montessori Society.”

As the executive director of your American Montessori Society, I am humbled, too.